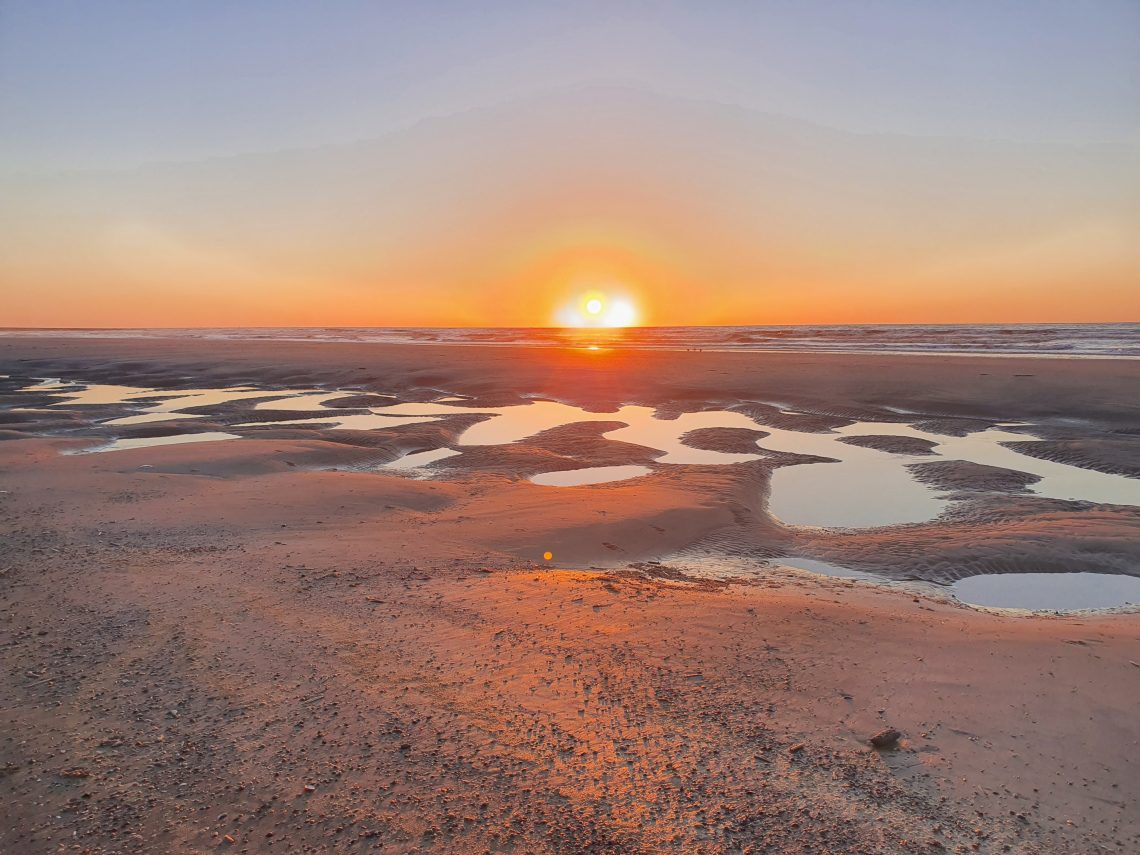 As long as I can remember, I have been in love with a sandbank.

And all my ancestors have been before me. For generations, my family has spent its holidays on a small island in the Northern Sea, a few miles off the German coast. And for generations, this is where this family had its best times. Freed from the troubles of home, together and yet unbound. No matter what heavy heart you come with, watching the waves crashing into the sand, shaping the island anew every day, inevitably sets you free. The strongest possible reminder that life is change and what seems big to you now is just a sand grain in the tide of time.

This year, walking along the vast and empty beaches, I felt my love for this place stronger than ever. I began to obsessively capture every moment of this midsummer holiday in pictures. I walked from morning to midnight to see every place in every light, until my legs hurt and the dog begged for mercy. And then it dawned on me that I had to do something. This love deserved expression. And the only thing I could think of was buying a small property, to become a part of this island. To give my family a new fixture, a home in this beautiful place on earth, where we have always been so happy.

So I started browsing internet portals and talked to real estate agents, only to find that buying a property in a popular holiday destination equals buying an apartment in central Munich. Good offers were rare and the prices absurd. The options available were like buying a closet with a toilet for a half a million Euro debt. I then read about the amazing investment opportunities, the tourism boom these islands have experienced in the past years and how it could only get better. Thus, the high prices were deemed retrievable. But the more I read, instead of getting excited, I felt increasingly unwell. I began to feel nauseous, and a lump formed in my throat as soon as I opened a real estate portal. Until I finally gave in. Gave in to that thought that could not be pushed away any longer: I began to google the rise of the sea-level. Because this love of mine is nothing more than a big sandbank with a few houses on it, no elevation whatsoever.

The research was easily done. A lot of scientific information from different sources is accessible to the commoner. And despite the different sources, the result was more or less unanimous: By the end of this century, the sea levels, so said even the most conservative estimates, will have risen by at least two meters. A process that is at this point irreversible. Mine and the neighboring islands will be gone. Under water and not inhabitable in less than eighty years, less than a human life span.

Still hoping I had missed something, I asked my real estate agent about these studies. He shook his head and smiled, as if I were a naïve child falling for a spooky fairy tale. “We are creating such value here, the state will not let that go to waste. They’ll think of something.” They. Over the next week, I heard variations of that answer whenever I brought up the topic. And yet, it must have been people’s hearts, whispering that piece of information in their ear. Because the studies also all agreed in one point: There is nothing any government can do about it. Ultimately, no dam or complex maneuver can deal with an overall increase of two meters. One study suggested a dam to seal off the Northern Sea entirely, admitting immediately that this was nothing but science fiction.

Of course, it was also said that the rising of the sea would be a gradual process, having nothing to do with a Roland Emmerich movie. But it does not take much thinking to understand that the loss in value, the loss as a holiday destination, will occur much, much sooner than by the end of century. Storms and floods may seriously damages part of the island and reveal the ultimate fate of this place in an undeniable manner.

I now look at these websites and the smiling faces of the real estate agents. And I can’t help but thinking, that we are all living in a state of denial. A collective insanity if you will. Property in the North is already now of less value than in mid or South Germany. And when that realization comes late, it will lead to a violent relocation effort. And They won’t be able to help us us, because there is no They in Us.

After this episode, I feel strongly, that the reasons why we so poorly fight against climate change, are not only that we don’t care and that the world is governed by crooked capitalists. Maybe that too. But it is also, because we are emotional, nostalgic, earthbound, homebound, and heart bound creatures, struggling with change of that magnitude.

I feel everyone who prefers denial. Neither have I said an ultimate goodbye to the idea of buying my house by the sea. Because if you love something, you might as well drown with it, right? My generation can still afford that kind of vanity. And also: Maybe there will be a magical solution, and I was wrong all along? Can we know for sure?

Today, I believe that my manic walking and photographing earlier this year was driven by a subconscious realization of that loss that is to come, and the desire to hold on. It is ironic, that the biggest lesson my island is going to teach me, stays the same: The world is changing, and we are nothing more than a sand grain in the tide of time.